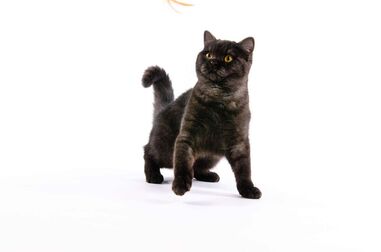 Rainbow is  British Longhair, she has been shown lightly due to Covid has produced a lovely litter of kittens, some of which will be shown 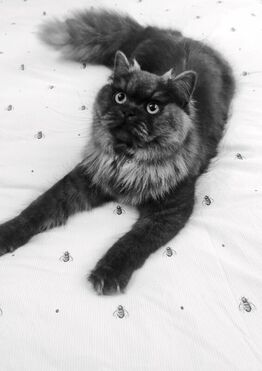 Agnes is Our British Longhair Black Smoke, Daughter of Smokey Jo,  She is currently being shown with tica and has just ventured into adult so she has some stiff competition.  She So far has gained titles but we are hoping she will finish well at the end of the season. 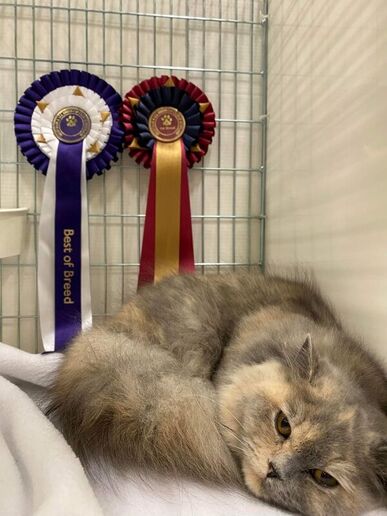 Duchess is everyone's favourite at shows, she is a Blue/cream (blue Tortie) british Longhair and she is being lightly shown with TICA this season.  She  has also gained some titles so far this year.

She attended her first GCCF show in April this year where She was awarded a CC, best of breed and Best of section. 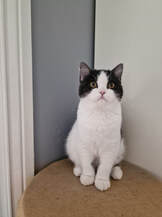 This young lady will be making her debut as a kitten this summer, She is a Smoke and white British shorthair, Daughter of Etlantis Joanna.
We hope to have more like her in future.